I spent four days in July at Fort Rodd Hill as an artist in residence.  Coast Collective has a partnership programme during the summer months, and member artists cycle through the site in summer.  I’m fascinated by this beautiful National Historic Park that’s just a short drive from my studio.  It was a great opportunity to get to know it better. 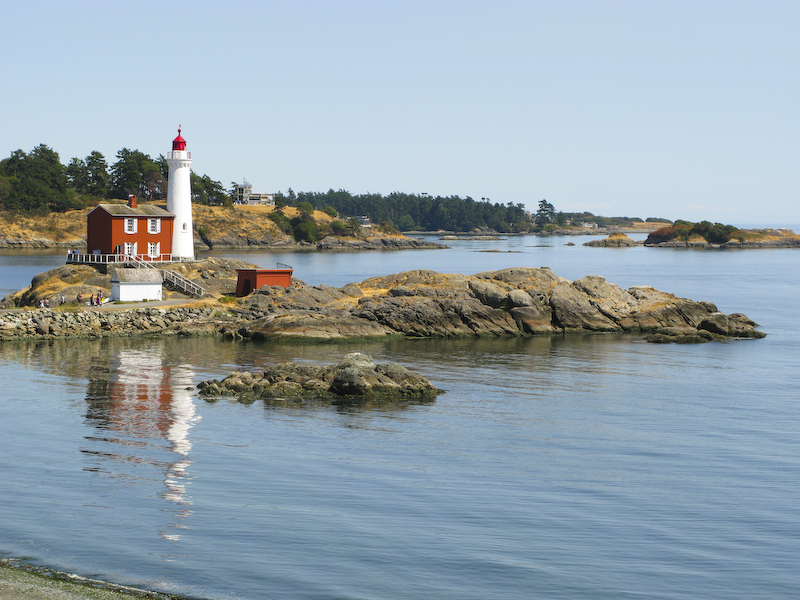 Fisgard Lighthouse, the first on Canada’s west coast, is part of the site.  It was officially given a National Historic designation while I was there. 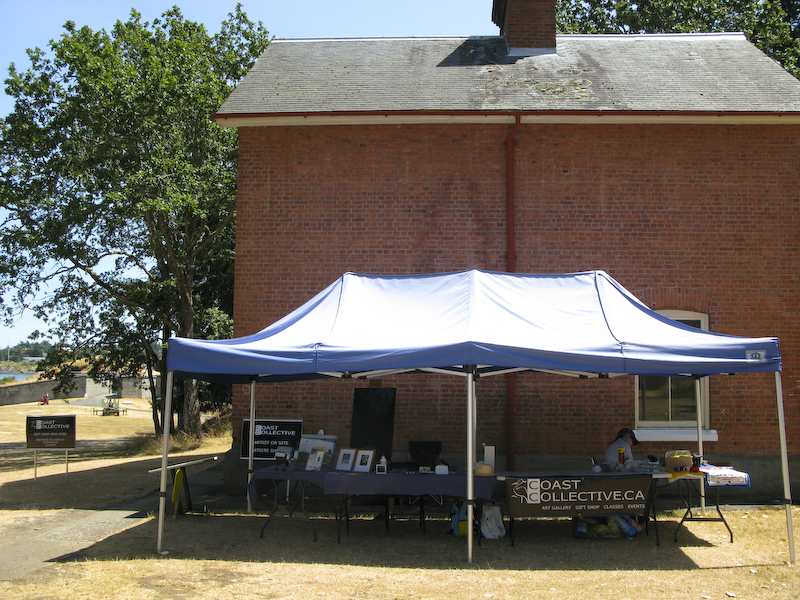 Jill Singleton was my compatriot on site for the four day residency.  Jill is a printmaker, landscape architect, and published author.  Our set up was beside the Warrant Officers brick house.  We met many visitors during our stay, which were probably the hottest days of the summer. 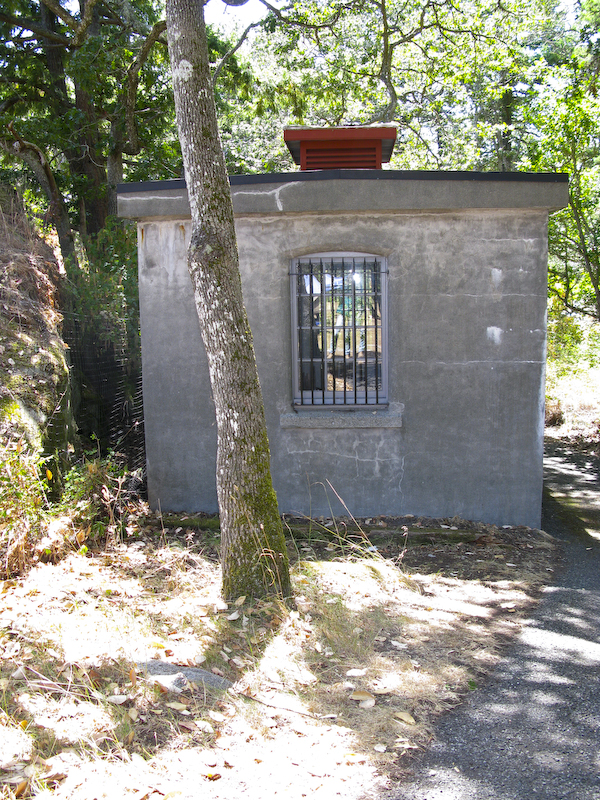 The blacksmith workshop above the Warrant Officers house.

The site has an historic themed interpretive programme, as well as information on the Garry Oak meadow ecosystem.  It has great contrast between the natural and the built, and offers plenty of military history.  It’s all dramatically sited on the mouth of Esquimalt Harbour. 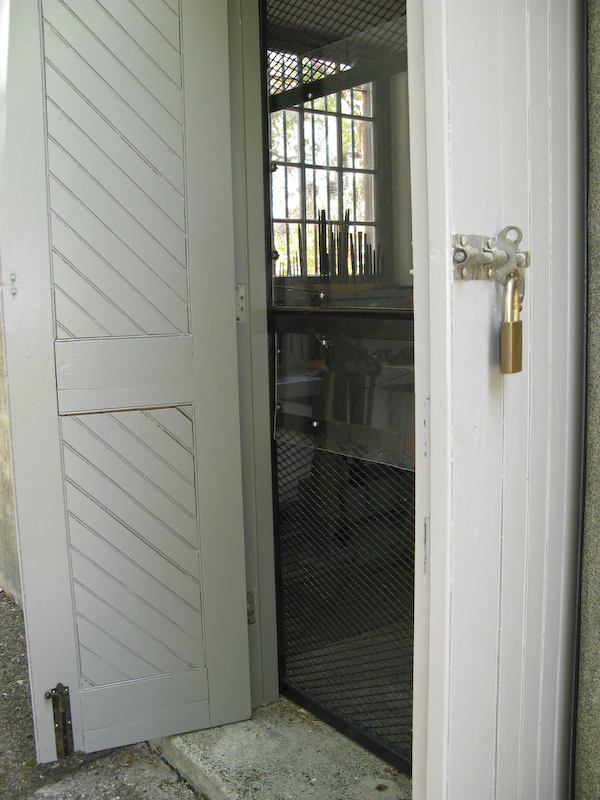 Interior of the blacksmith shop behind the Warrant Officers house. 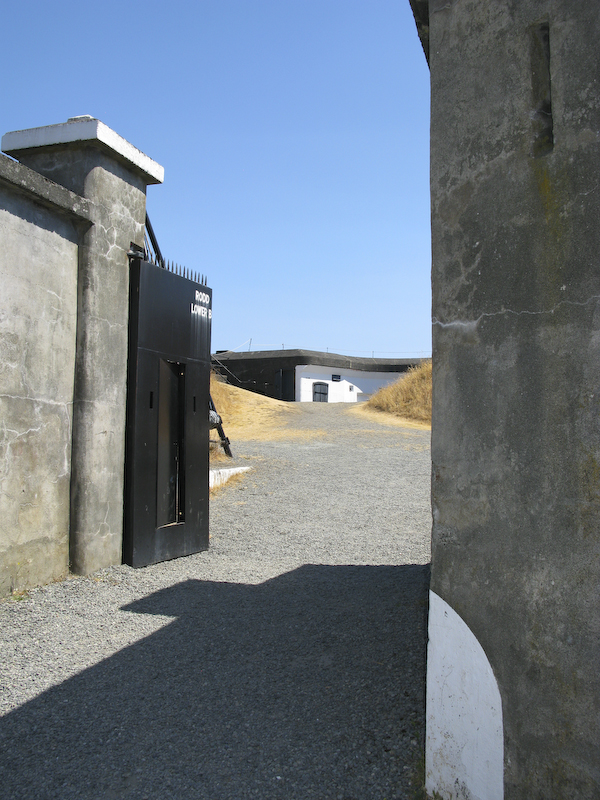 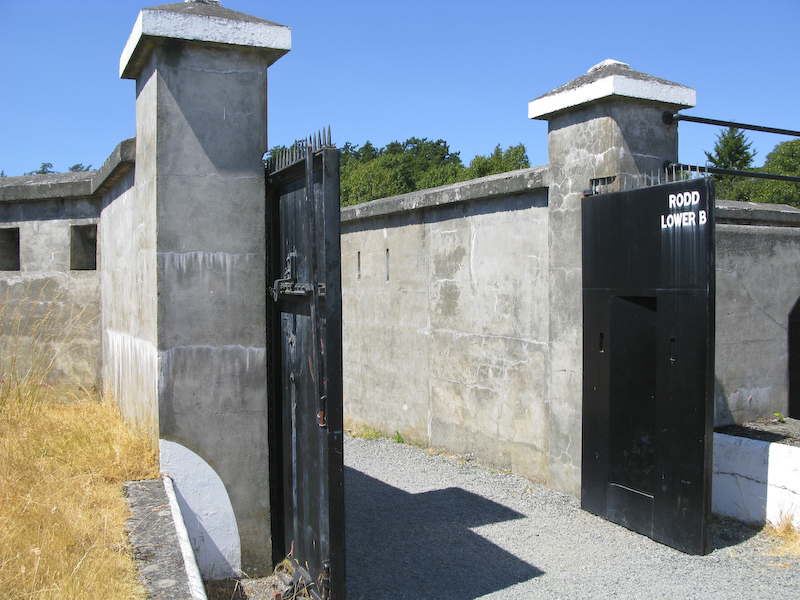 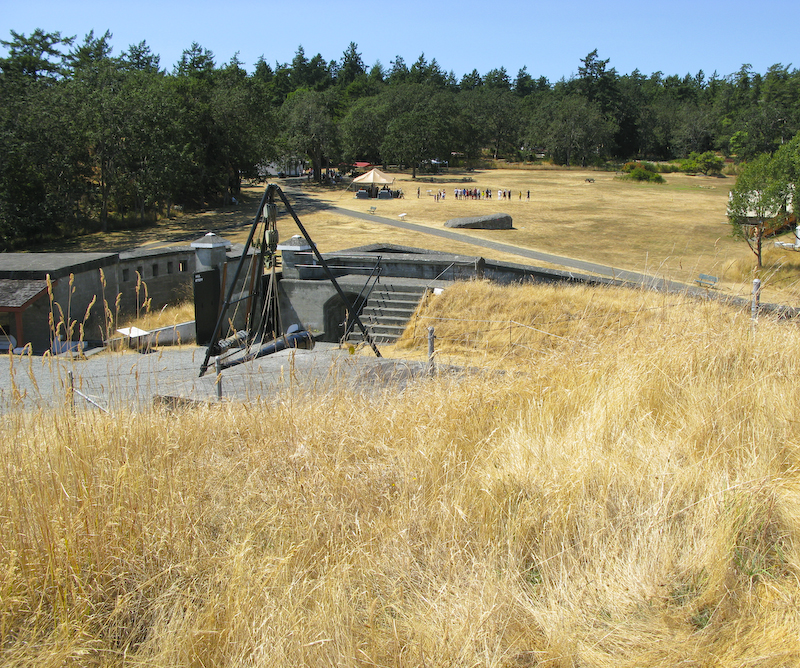 It’s unusual on the west coast to find open landscapes like this. 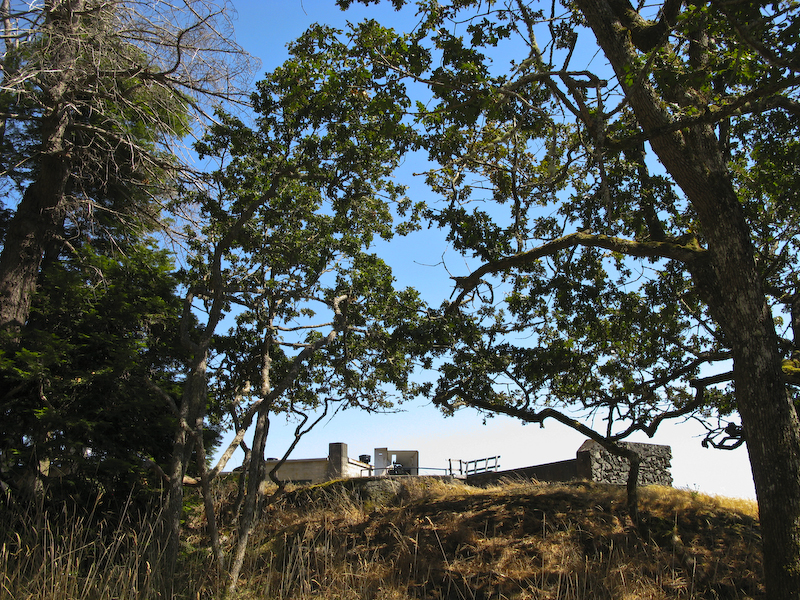 There are many large Garry Oaks.  I’m inspired by the sharp contrast these provide, and colours of the buildings in a particular light. 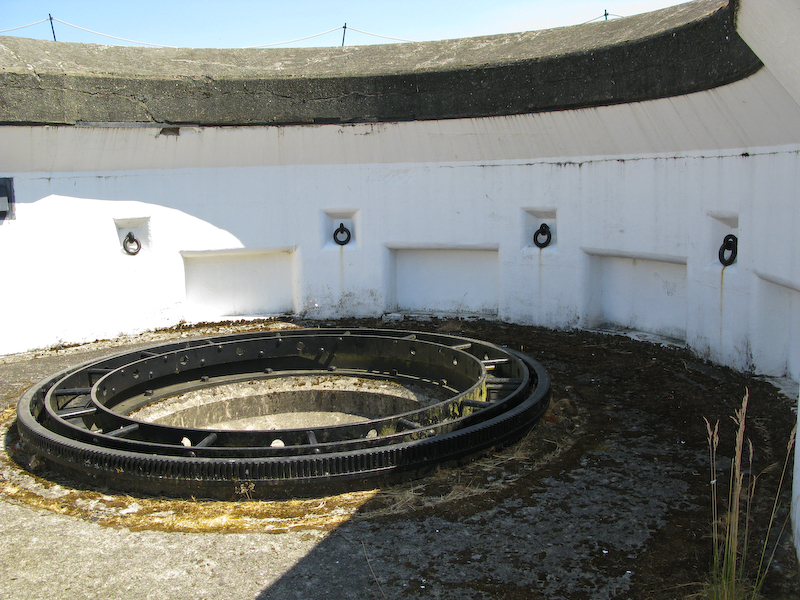 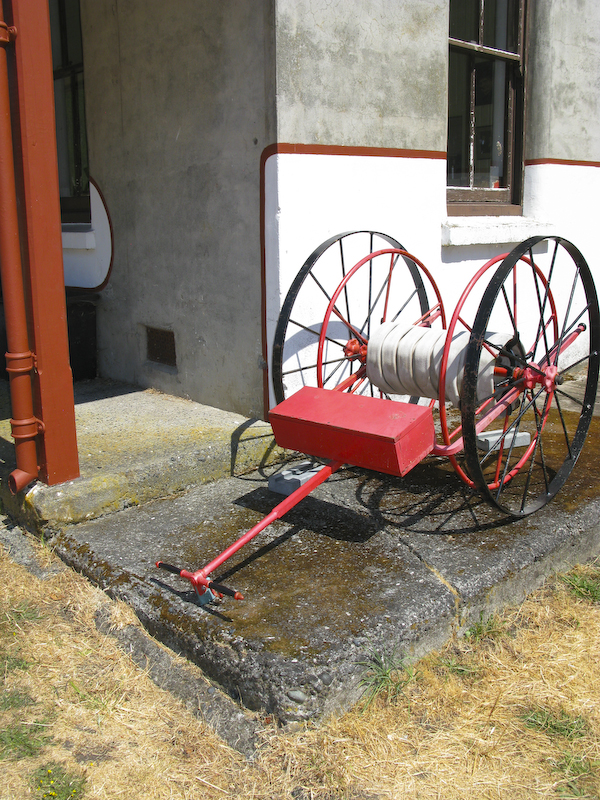 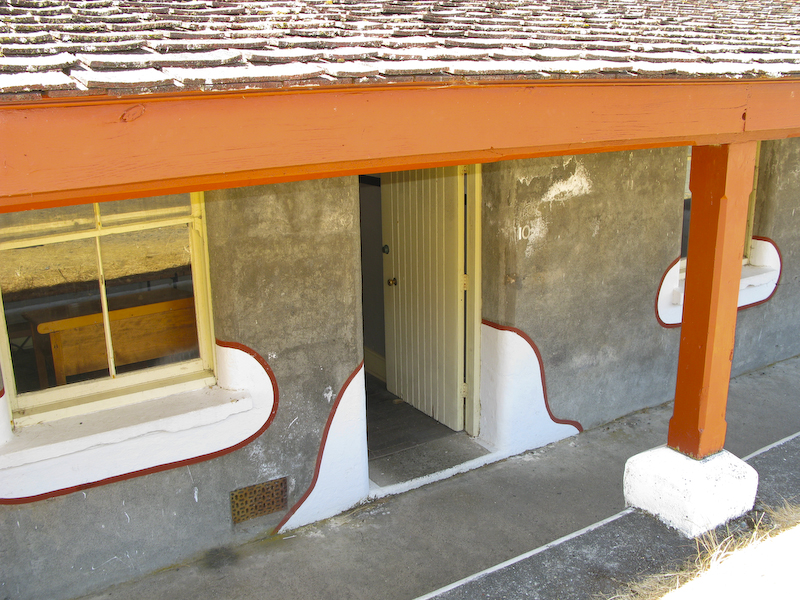 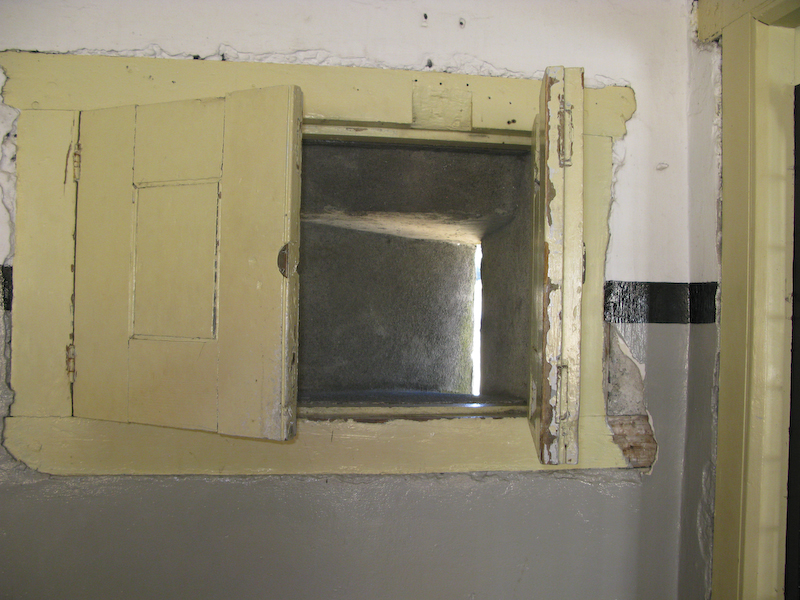 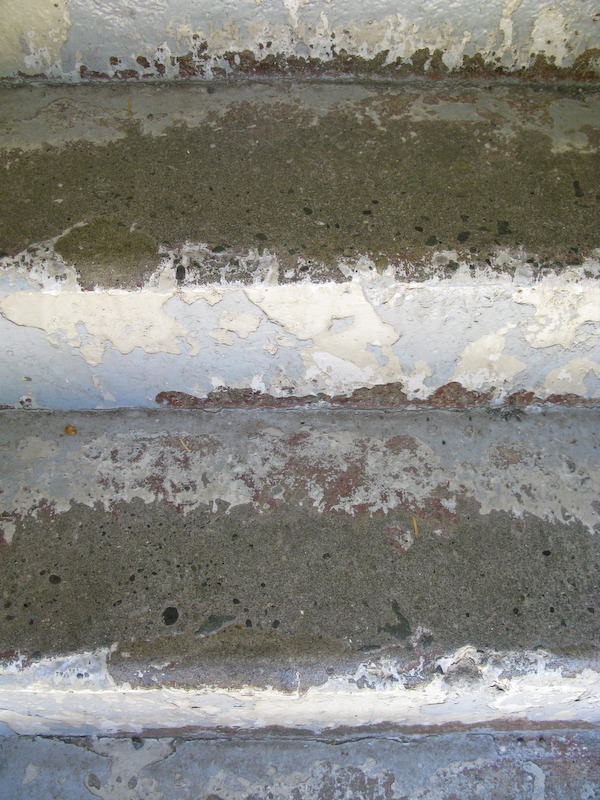 Peeling paint surfaces are appealing and this one reminds me of geological striations. 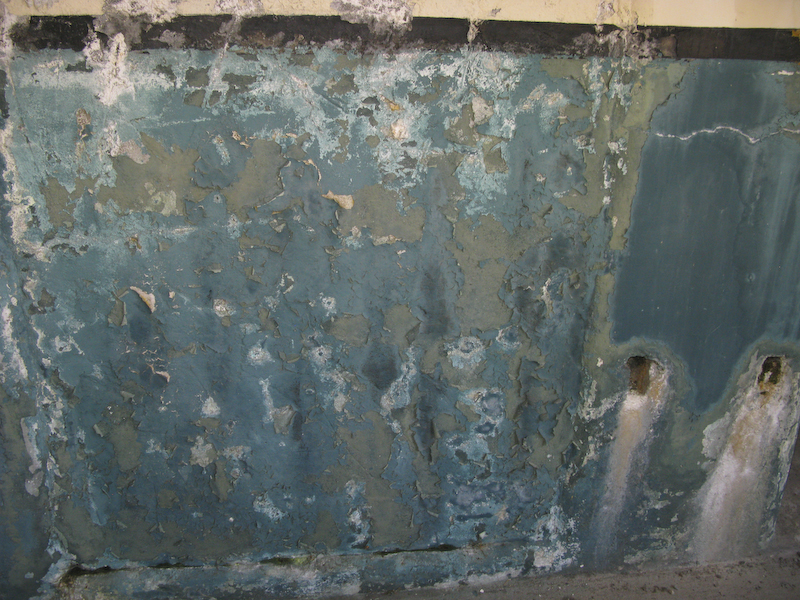 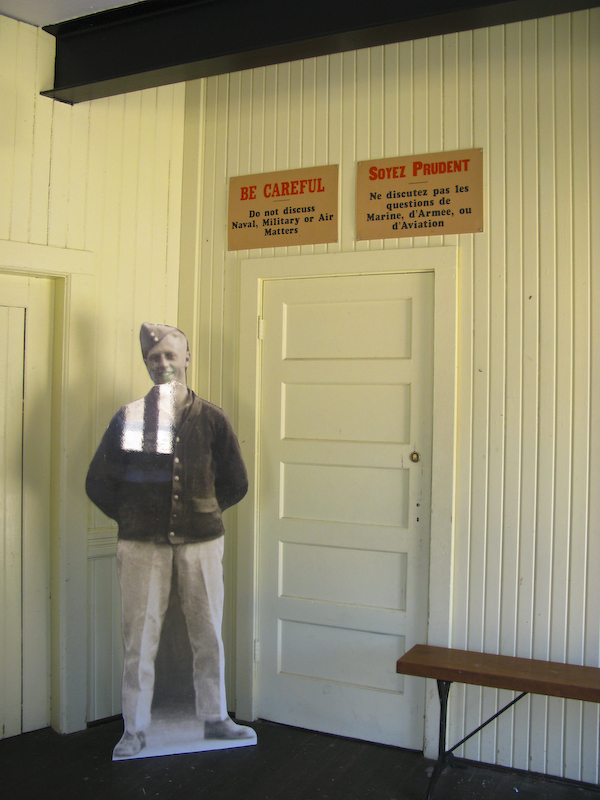 There’s some lovely odd scenes in the interpretive spaces. 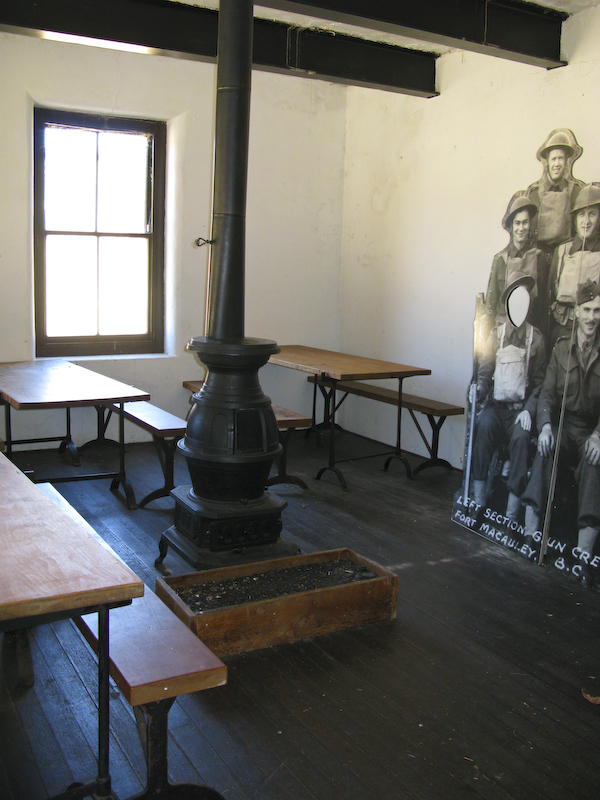 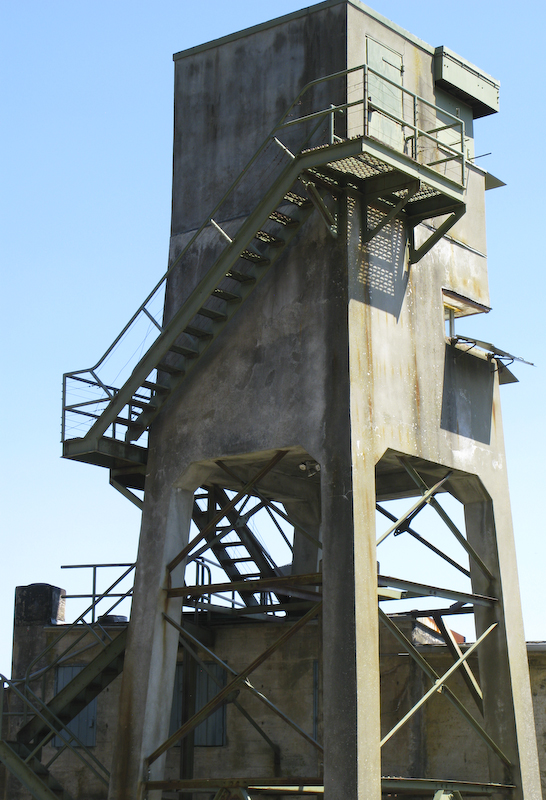 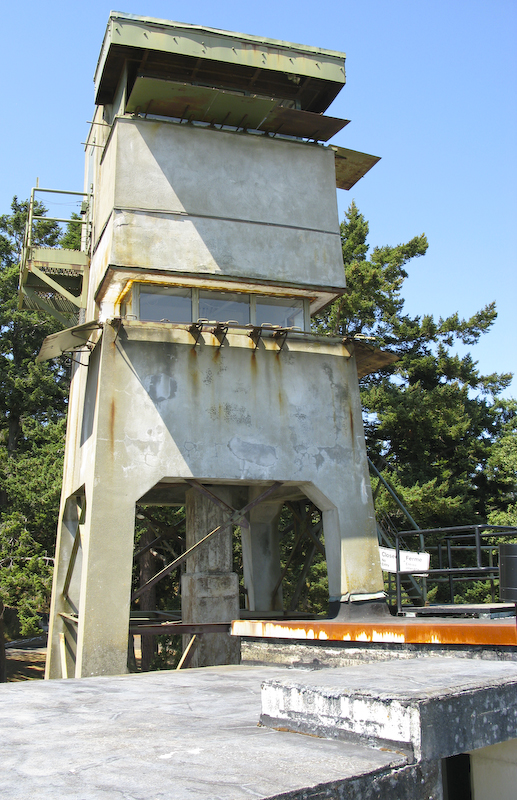 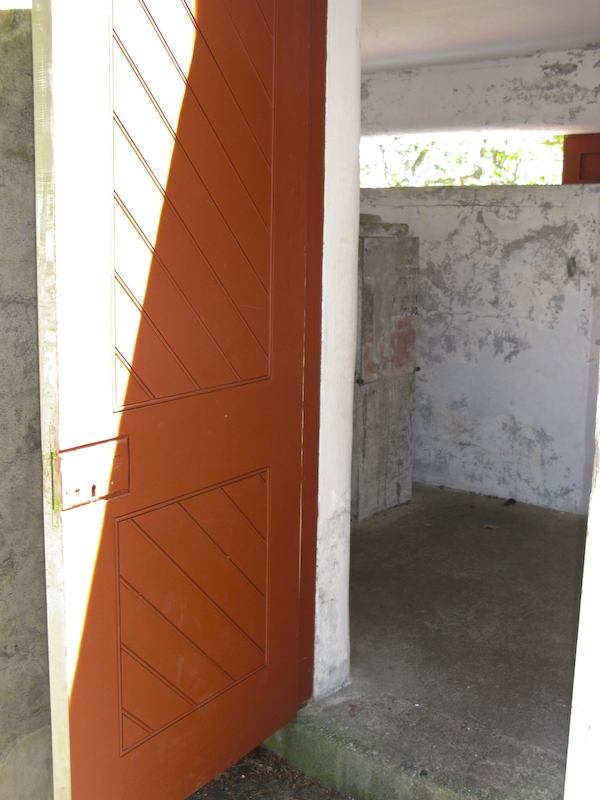 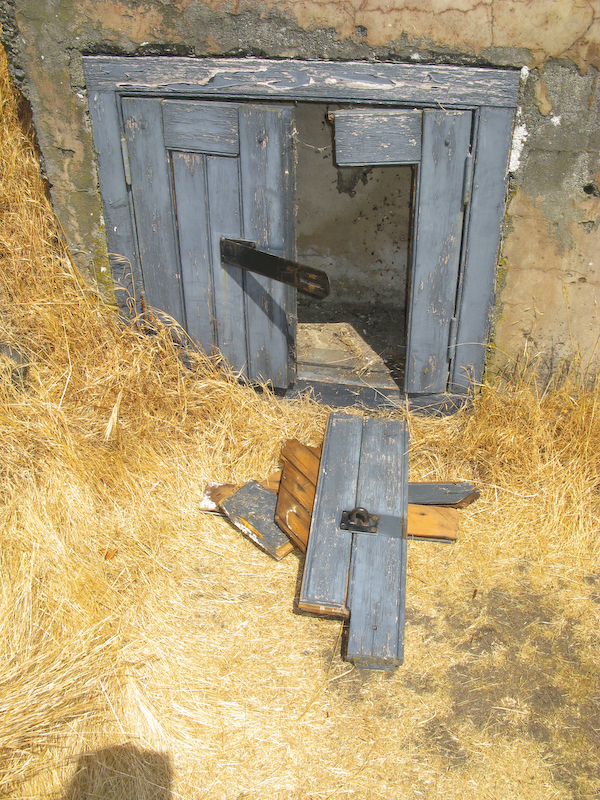 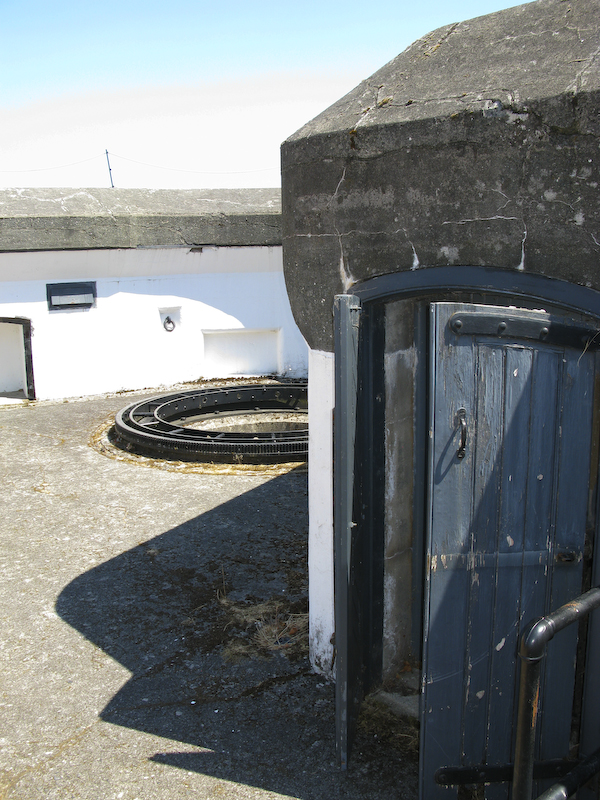 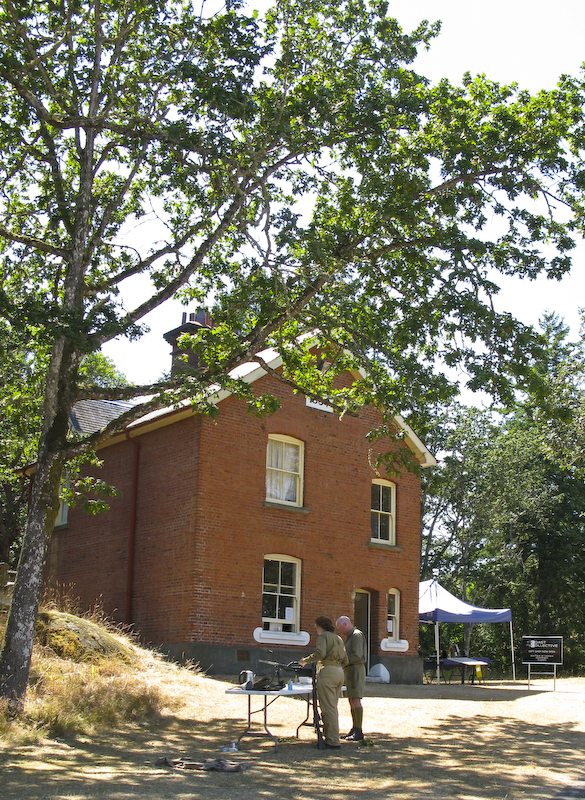 Another view toward the Warrant Officers house, with two interpreters in WW 2 costume.  They did a daily presentation of weapons fire! 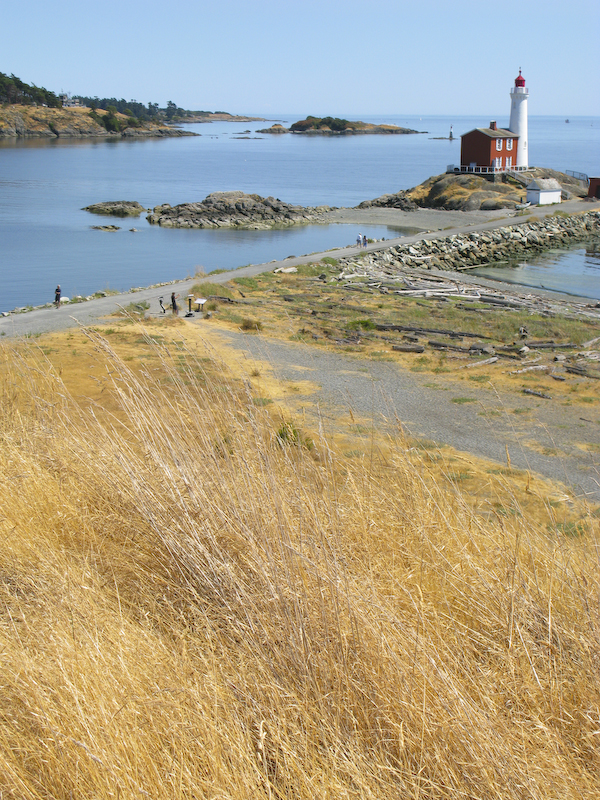 Fisgard Lighthouse was built by the British in 1860 when Vancouver Island was not yet part of Canada.  There hasn’t been a keeper at the lighthouse since 1929, when it was automated.

Check out British Columbia Minesweepers and their Stories, one of Jill’s books.  Her visual arts work often reflects her interest in the nautical theme of signal flags.