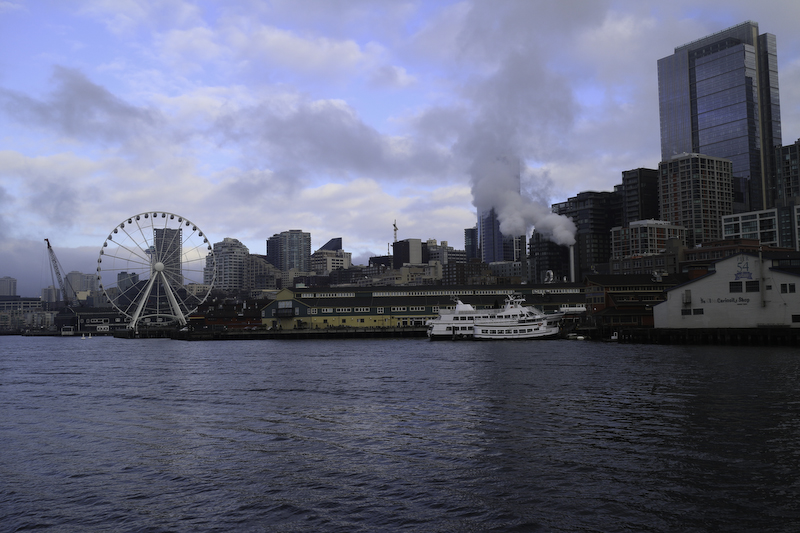 I always discover new reasons to enjoy Seattle and my recent visit was no exception. The Ferris wheel is a whimsical addition to Seattle’s vibrant and seedy waterfront scene. 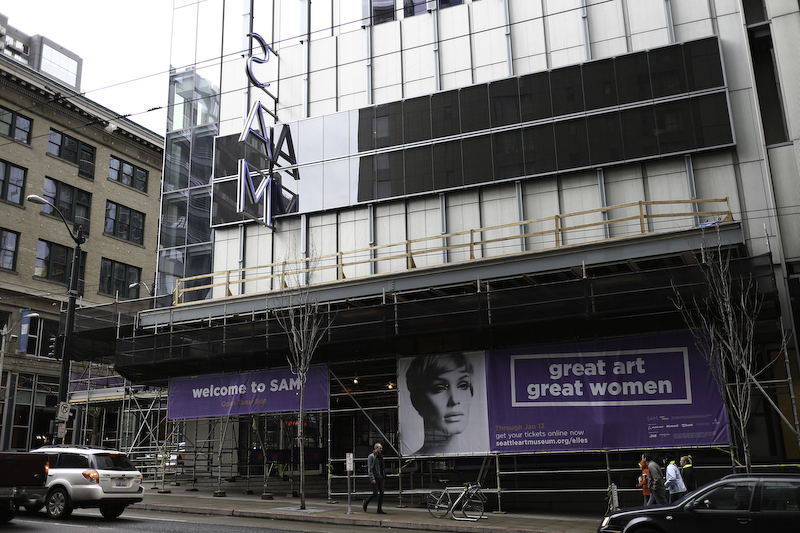 The draw to Seattle wasn’t the big wheel on the water, but the recent show at the SAM, Elles. The only stop in North America, it was a major undertaking for the Seattle Art Museum.  It’s described as a landmark exhibition of international contemporary art by women. It is a fascinating show on many levels.

I like this shot at the side entrance, which I see as a kind of metaphor for Elles.  Work in progress and skeletal (certainly in terms of representing contemporary international women artists).   There isn’t much broad tangible support for contemporary women artists, as Germaine Greer pointed out in her Guardian review of Elles Pompidou in Paris.  Most major museums hold a very small percentage of contemporary art by women.   Her review is one of the best I found and well worth reading.

The original show at the Pompidou Centre was much larger than the one at the SAM. In this pared down show there were many very fine pieces by artists I have seen before at other major museums. However, seeing this work curated in context of women artists was thrilling, and kind of odd. 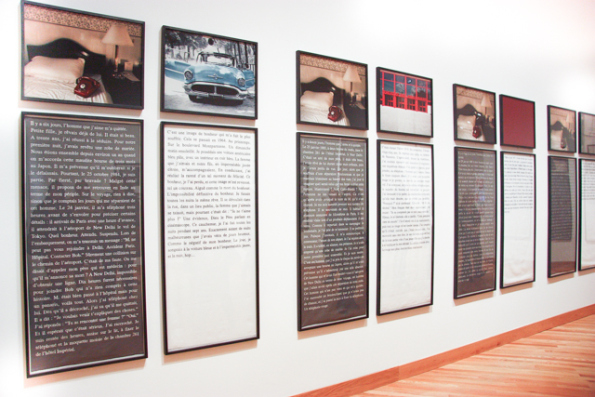 Gender politics featured prominently. Consequently, there was a lot of text.

This is a vital part of the show and sometimes tough going. There were examples of work produced in the 60’s and 70’s by women that seemed fueled by rage.  And rightly so.   I was in art school then and vividly remember the intense debate about so called ‘womens’ art.  Fabric art was sneered at, and the term ‘decorative’ was an insult. The idea of cooperative pieces seemed antipathetic to the individually focused and often intensely competitive nature of the usual male mode studio instruction and critiques.  I don’t think this attitude has changed all that much.  And that’s another reason Elles is so important. 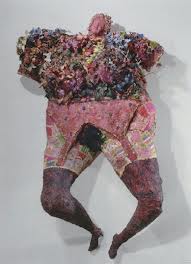 Big news for women in art then was Judy Chicago and The Dinner Party. This huge room sized piece is not in Elles.  I have seen The Dinner Party many times and still don’t like it, but I do understand it’s importance. She was criticized for being crass, solemn, and single minded.  For sure there were many rough, raw, and important pieces that came out of that cauldron.  And some are in Elles. 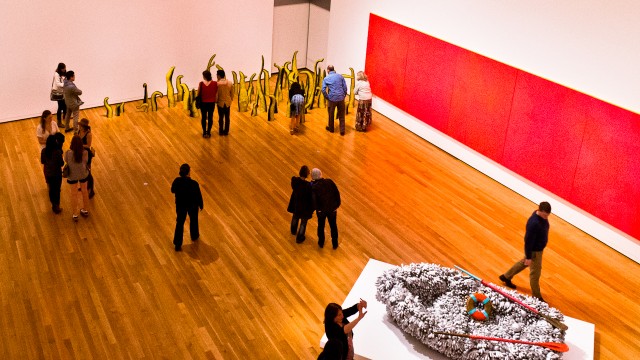 For me, the work with the greatest resonance were the pieces that contained their own quiet power.  It stands outside gender politics and requires little explanation.   They are artists not aligned to a broader movement or school of art.

They are unto themselves. The work of Agnes Martin, Eva Hesse, and Tamara de Lempicka, and the room devoted to the vibrant and hypnotizing work of Yayoi Kusama, were standouts. 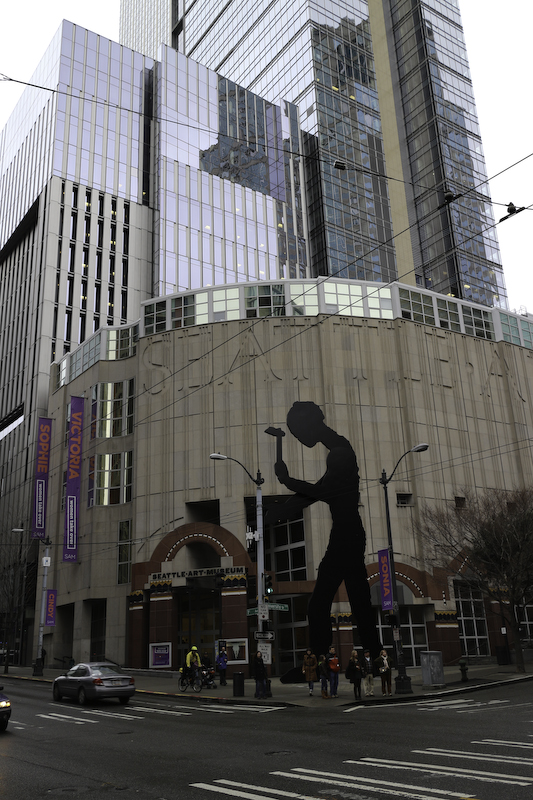 Main entrance of SAM with the Hammering Man.  The hammer certainly has come down on  funding for artists, both male and female.  The  Seattle Art Museum deserves praise for mounting this important show of women artists at this time of austerity in fine art institutions and organizations.