It’s beautifully sited in Curtis Hixon Park, by River Walk, in the culture and entertainment district of Tampa.

The exterior is impressive and understated, with interior gallery spaces that harmoniously showcase the work. 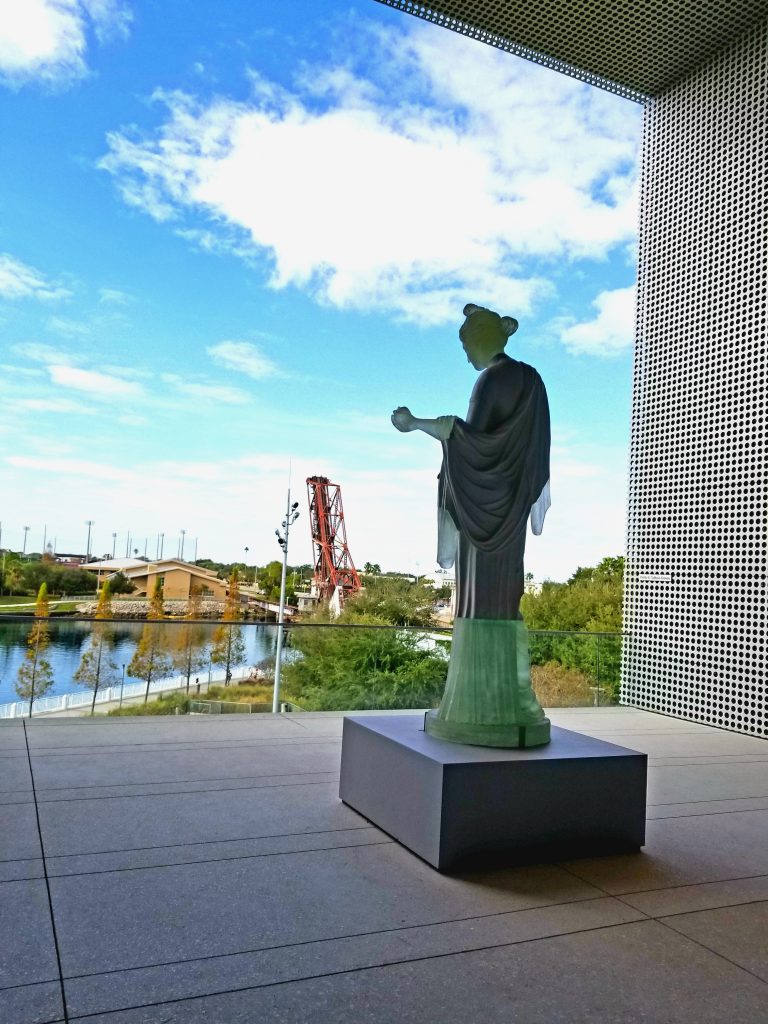 Aphrodite Reimagined graces from above in the deep cube open space of the second floor.

The aqua toned translucent cast resin sculpture was created for the show by Patricia Cronin.

Imposing at over twelve feet in height, elegant Aphrodite looks out over River Walk passersby.

This iconic sculpture, and Mr. Indiana, have a very special place in my art loving soul.

The LOVE image has humble origins.  It was originally designed as a Christmas card for the Museum of Modern Art in 1965.  It became the basis for his 1970 sculpture.

One of the first art posters I bought in the late 60’s was of this image, from his serigraph LOVE.

It was, after all, the season of love and peace for my generation.  I was certain that his image embodied all that was good in humanity.

Decades later, Robert Indiana’s HOPE sculpture captured the imagination of America, and supported the election of US President Barack Obama.

He donated the proceeds of the images profits, over 1 million dollars US, to Obama’s election campaign. 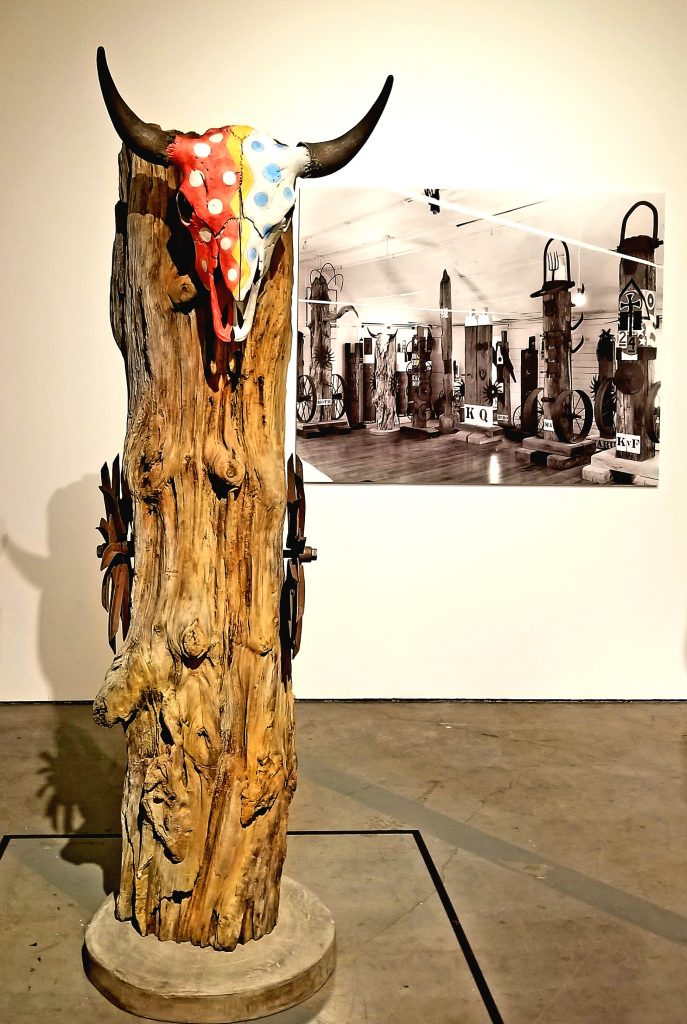 USA was painstakingly replicated in a foundry in Switzerland in 2016.  Three sculptures, and one artist proof were produced.

His are the most complex bronzes in contemporary sculpture. 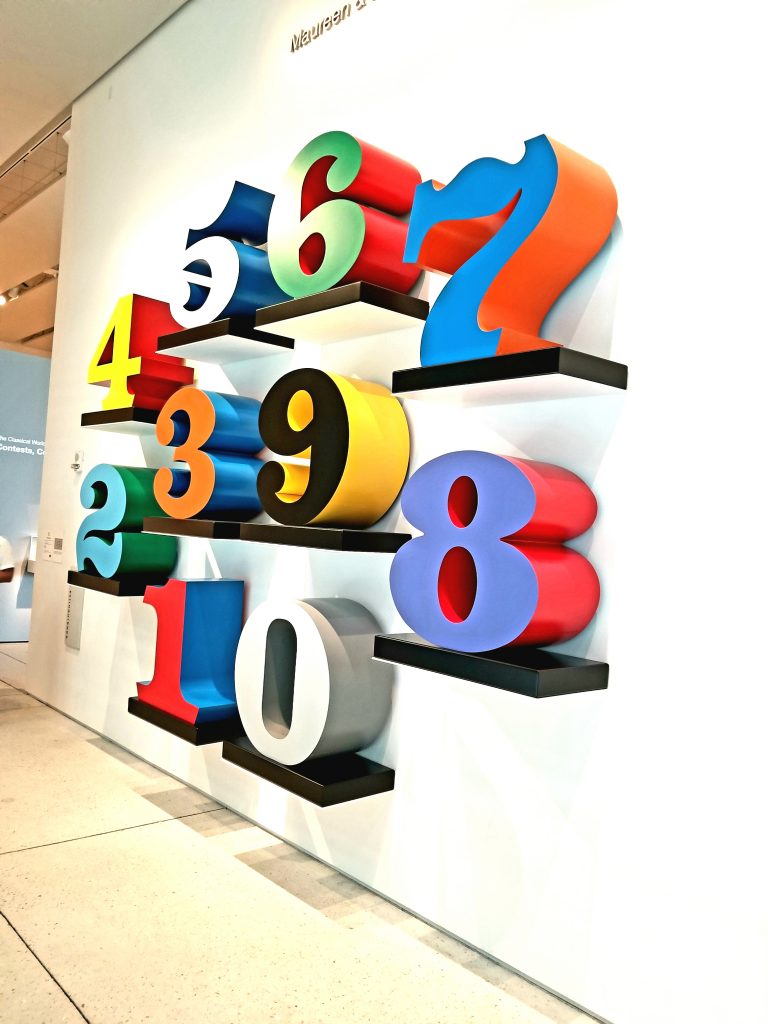 He loved language, using it simply and powerfully in his work.

Many of his pieces were accompanied by poems that expressed the deepest humanity. 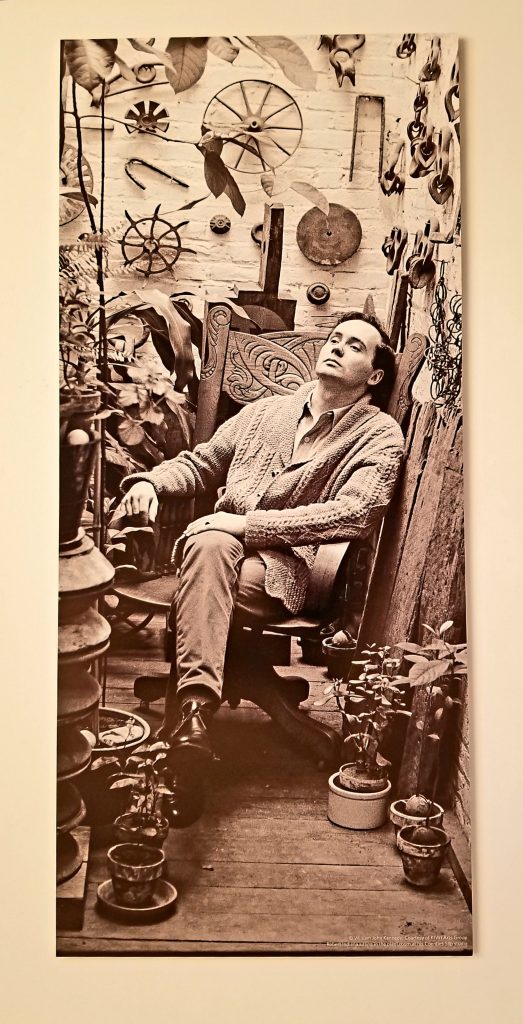 He referred to himself as a ‘sign painter’ throughout his life as an artist.

This exhibition of his work at the Tampa Art Museum is comprehensive and extraordinary.

It includes intimate drawings. serigraphs, and sculpture, both early and late.

Significantly, both USA sculptures, the early original in wood, iron, and skull, and the stunning painted bronze completed in 2016,  are shown together for the first time in this show at the Tampa Museum of Art.