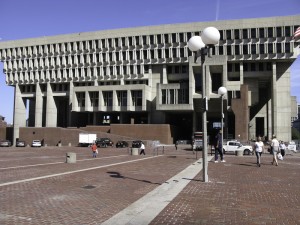 This is Boston City Hall.  My first visit was a shock.  I had a big visual disconnect with this space and the rest of the city.  It’s an example of what’s called brutalist style architecture.  There’s a whole lot of brick and concrete in the Government Centre Plaza as well, all part of a redesign in the 1960’s.  Building  by Kallman McKinnell and Knowles. 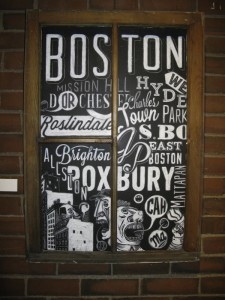 After passing through security at the entrance, I found shelter in the first of two small galleries in City Hall featuring emerging Boston artists.  In the Scollay Gallery on the 3rd floor small work by art collective RIFRAKT was featured.  This piece is by member Jeff Desrosiers and has the names of many of Bostons neighbourhoods. 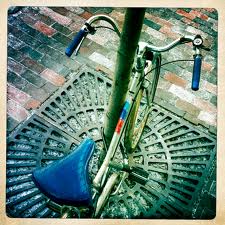 My Boston Diary, the photographic work of Benedicte Lasalle, is in the  Mayors Gallery on the 5th floor.  I like this one of the bicycle.  Bike commuting is not so big in Boston.  It would be terrifying to bike commute as Boston drivers take the rules of the road as a suggestion.  In fact, being a pedestrian can be terrifying. 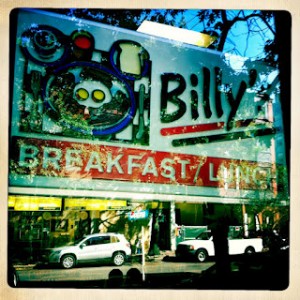 Here’s one with the eggs easy over a reflective layer.  Check out her work at www.benedictelassalle.com. 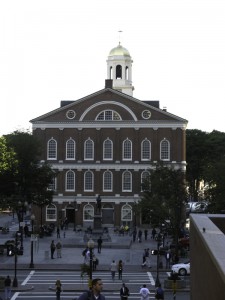 Very near City Hall, and much more representative of Boston style, historic Faneuil Hall and the marketplace. 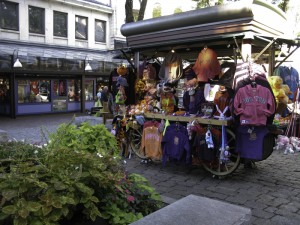 Always lots going on at the marketplace like buskers, all kinds of good food, and stuff to buy.