Verona and Bridges and Capa and Juliet 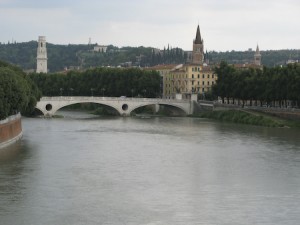 It was a thrill to enter the beautiful city of Verona over the Adige River.  This view is from the Castelvecchio Bridge toward the Ponte Pietra Bridge, originally built by the Romans in 100 BC.

On the wonderful Castelvecchio Bridge.  This fortified bridge was built around 1354-56, and totally destroyed by the retreating German army on April 14, 1945. Painstakingly rebuilt from 1949-51, along with the Ponte Pietra. 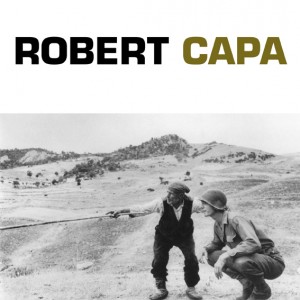 The renowned photographer, perhaps one of greatest of the 20th century.   Born in 1913 in Budapest, he was exiled from Hungary and then fled Germany to escape Antisemitism.

His powerful work is presented to great effect within the subterranean archaeological site, Scavi Scaligeri, in Verona.  Stretching through several large underground spaces that resonate with history, these images also stand the test of time.  Many of his photographs are very familiar to me.  I saw them first in Life magazine:  My early introduction to excellent photography, in black and white, of course. 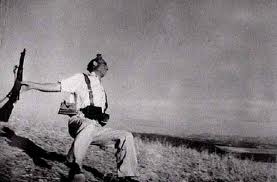 Capa was a sensitive and empathetic photographer in spite of witnessing and documenting the horrors of war. 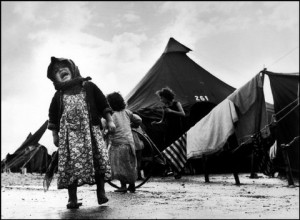 There are many touching portraits of children in this exhibit that covers his career. 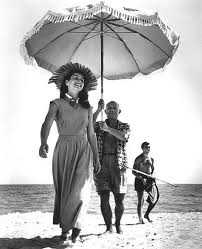 Known primarily as a war photographer, Capa also photographed artists and writers, many of them his friends.  He also mentored young photographers through Magnum, the photography agency he founded in 1950.  Robert Capa died in 1954 when he stepped on a landmine while on assignment for Life magazine in Indochina.  He was 40 years old. 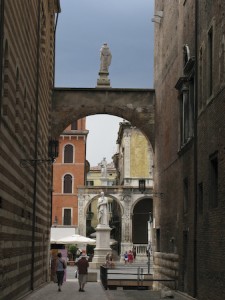 The beauty and intimacy of the many pedestrian only side streets of honey coloured Verona.  This one is near the entrance to the Scavi Scaligeri.

And, we end with a visit to Juliet, standing below her balcony, her bronzed breasts gleaming. 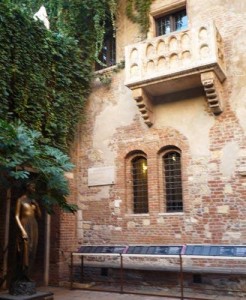